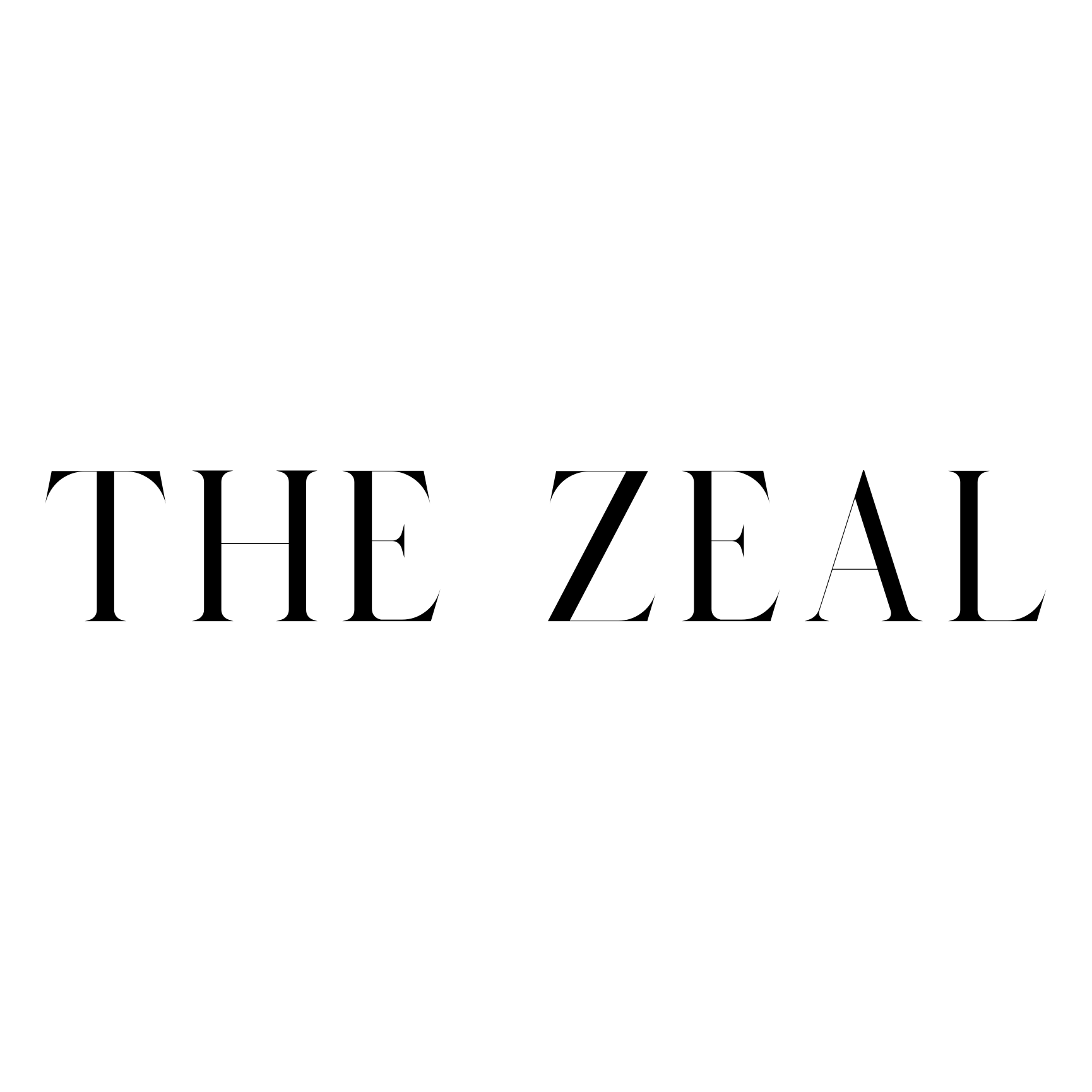 Atlanta is a melting pot of aspiring artists, but it’s not everyday we meet true talent. Klassic Kell is straight out of the Southside of Atlanta and he’s bringing a fresh and naturally classic sound to music. He released his first mixtape Klassic Kell Vol. 1 and it’s a timeless project with a myriad of influences from every coast. Kell raps his everyday life, bogus conversations on his road to stardom and much more. Plug in and get to know Atlanta’s newest face.

TZL:  We always like to start with getting to know your background. Tell us a little about your story, what was your upbringing like?

KLSC: My upbringing was pretty cool. I’d say it was pretty normal in the sense of a lot of people’s childhood considering the circumstances that I was birthed in to and raised in. My mom was 14 years old when she had me and my father passed away when I was 4. But even with that start of life, my family as a unit did well raising me and my cousin.

TZL: What did you want to be when you were a kid?

KLSC: Initially, a cowboy. I used to watch a lot of western shows with my grandparents and I had a real interest in horses growing up. Then I got into sports, and I thought I was going to the NFL. (laughs).

TZL:  How and at what point did you decide you were going to pursue music as a career?

KLSC: At the age of 23. I was always into music but on the listeners side. I was big on finding whatever new Lil Wayne leaks dropped and so forth. It was like that with a few artists but Wayne was definitely my favorite artist. Then after I graduated high school, I didn’t really see myself having a real 9-5 job. I personally don’t think it’s for me. My homies were already doing music so I dipped and dabbed in it when I would be with them, but I didn’t really try my hand at it until I turned 23.

TZL: Tell us how you got the name Klassic Kell?

KLSC: (laughs) The name Kell came from my homie Geez. He ended up calling me that in class one day because my haircut reminded him of Kendrick Lamar’s cut and my name is Donnell, so he really just combined our names on some funny shit. Then I just ran with it because I needed a rap name (laughs). And Klassic stands for my brand. Everything I do, I want it to outlive me. I want to write my name in the Hip Hop books, as well as life books. Classic means judged over a period of time to be of the highest quality and outstanding of its kind and that’s what I want to be.

TZL: You recently dropped The Klassic Tape, Vol.1. Tell us about the project and its inspiration.

KLSC: Man, The Klassic Tape, Vol. 1 was just one big experiment for me. It was me testing how versatile I could be, trying my hand at writing actual songs and a plethora of other things. It was my first project so I just wanted to give samples of what’s to come. The inspiration was just working on a project from start to finish and seeing it through because I tried it before and scrapped it.

TZL: How did you know when it was complete?

KLSC: I knew it was complete when I listened to every song and knew there was nothing more I could or had to do. When I listened to it from top to bottom and didn’t feel like I was missing anything. I put all my energy into it and was blessed with the response I got back. That’s how I know it’s complete post release too.

TZL: You dropped visuals for Bogus Conversations, can you talk about the creative process and concept behind the video?

KLSC: Man! The road to releasing the Bogus Conversations video was a long ass trip! I reached out to several videographers that I wanted to shoot the visual and a lot of them just did respond or fell off the face of the earth mid convo. Then after a few weeks, I took the route to test out someone that was recommended without seeing any of their work and that backfired. The visual, which is forever concealed, didn’t do enough to prolong the life of the song or give a real representation of what I was trying to get across so I scrapped it with that videographer and ended up getting in contact with Jacob Rink. That was through my homie Ben Reilly. Me and Marv XXL worked on a whole new concept for the song and just played off the question, what is a bogus conversation? And the characters in the visual are just small representations of the question. We came with the concept and Jacob & Ant turned it into a movie.

TZL: As an Atlanta Native how has your city inspired your work?

KLSC: The city inspires everything I do. I represent one of the other sides of life here. My homies trapped, I didn’t. My homies scammed, I didn’t. So it made me look at what I enjoy about the city and talk about that instead. Along with my life, life with the homies and so on. The city means everything.

TZL:  Creating takes energy and focus, what are some things you do to stay motivated and stay mentally grounded?

KLSC: It does. Some of the things I do to stay motivated is continue doing what got me to this point and gave me the inspiration to do what I do. Continue listening to those artists. Also, just going out and living life. If I don’t live, I don’t have shit to talk about. And I’m naturally grounded. Sometimes too grounded. I don’t celebrate a lot because I always look at this like it’s more to do. but I’m learning I have to enjoy the fruits of my labor too. I can’t be relaxed about everything, every time.

TZL: What do you believe sets you apart in the industry right now?

KLSC: I feel like I’ve never before seen in the industry. Somebody from the South, with a west coast element in their music but studied rap from NYC. It’s like a melting pot of stuff with me. I have so many influences and I’ve just taken bits from each coast and crafted my own vibe. I haven’t seen that before, personally.

TZL: What’s been the biggest challenge you’ve faced in your journey?

KLSC: The biggest challenge I’ve been facing so far is just figuring out the best way to push the music. After the 1st wave of the release, it’s like what’s next. You don’t want to just let it go to the wayside so you have to find other ways to keep pushing it and getting it into more peoples hands. It’s a lot of trial and error going on.

TZL: What is some of the best  advice you’ve received that helped you reach a new level in your music?

KLSC: Do you and stay consistent. That’s what I tell myself. A piece of advice from God.

TZL: What project are you most proud of? Why?

KLSC: My newest project! Because it’s giving me the same stress I had during the making of the Klassic Tape. It’s making me push myself and figure out ways to level myself and the music up again. I just know when I’m done, I’m going to be proud of it like I am The Klassic Tape, Vol. 1. That’s my first born so of course I’m proud of that one!

TZL: Who are some of the artists you respect and hope to work with in the future?

KLSC: Man, some artists I respect and hope to work with in the future are Jay Z, Outkast, Dom Kennedy, Curren$y, Larry June, Cole, Kendrick, Wayne, Mulatto, Future, Thug, Savage. It’s probably a million artists. Underground and Mainstream, I want to tap into both markets. I’m a fan of both.

TZL: Where do you see yourself and your work evolving 5 years from now?

KLSC: In 5 years, I see myself constantly traveling with music. Touring and growing my own following, as well as sharing these experiences with my family . I see music being full time for me. In the studio every day type shit. And where the work might evolve, I have no clue. Wherever my curiosity takes me lol. But I definitely see myself being my own boss and being successful at it.

TZL: What do you believe is your purpose as an artist?

KLSC: I believe my purpose as an artist is to encourage others to stick to their roots and do whatever they want to do. Not what society says is what they should do but what they want to do. Staying 100% true to themselves and owning it.

KLSC: It’s a lil bit of everything coming. A new project, more collaborative efforts and a few more ventures I have planned that I can’t say just yet. That’s why it’s a must you stay tuned. It’s a lot of fly shit coming!

Stay plugged in with Klassic Kell 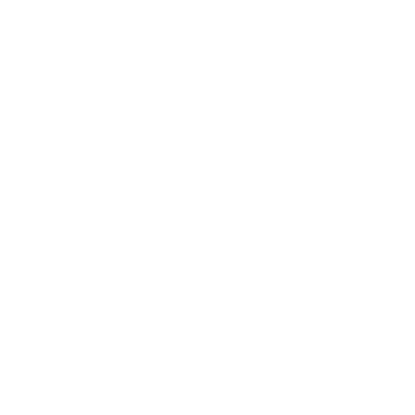